The winner of the 2013 Marco Biagi Award is Aline Van Bever (University of Leuven) for a paper entitled, The Fiduciary Nature of the Employment Relationship. This paper explores the circumstances under which an employment relationship may entail fiduciary duties. Recognizing that the employment relationship is both relational and embedded within a complex framework of explicit and implicit norms, the paper explores English, American, Canadian, and Australian law to determine when employees owe specific duties of loyalty to their employer.

About the Marco Biagi Award

This is an annual award for the best paper on comparative or international labor law by a young scholar.  The award is sponsored by the International Association of Labour Law Journals (IALLJ), a consortium of 21 of the leading labour law journals from around the world. The award is named for Marco Biagi, a founder of the IALLJ and one of the world’s most prominent labour law scholars, when he was assassinated in 2002 by the Red Brigade for his prominent role in labour law reform in Italy.

Prior Recipients of the Award

2011 – By the deadline of March 30, 2011, six papers had been submitted, from the United Kingdom, France, Spain, Turkey, The Netherlands, and Hungary, studying and comparing labour and social law in international dimension, in China, Nigeria and Togo. An academic jury composed of Professors Manfred Weiss, Matthew Finkin and Gian Guido Balandi evaluated the papers and decided as follows:

The winners of the Marco Biagi Award for 2011 are: Beryl Ter Haar, Attila Kun, and Manuel Antonio Garcia-Muñoz Alhambra, for their paper Soft On The Inside; Hard For The Outside. An Analysis Of The Legal Nature Of New Forms Of International Labour Law. To read the full 2011 Marco Biagi Award announcement, please click here.

2009 – Orsola Razzolini (Bocconi University, Italy), for The Need to Go Beyond the Contract: “Economic” and “Bureaucratic” Dependence in Personal Work Relations, accepted for the Comparative Labor Law & Policy Journal. 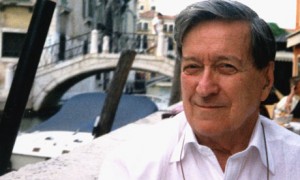 Photo via The Guardian

On Friday, 9 March, 2012, one of the Titans of comparative labour law left our midst. Professor Lord Wedderburn of Charlton – “Bill” Wedderburn to his friends, and the enigmatic “KWW” of numerous notes and comments during a long and illustrious writing career – died in London at the age of 84, after a long illness.

Readers may also wish to view the obituary in The Guardian.

View programme details in English or Espanol.
View the Minutes of the 2011 Meeting here.