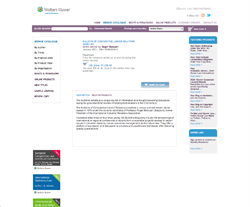 The Bulletin of Comparative Labour Relations constitute a unique and well known series started in 1970 under the dynamic editorship of Professor Roger Blanpain (Belgium), former President of the International Industrial Relations Association.

Published either once or twice yearly, the Bulletins frequently include the proceedings of international or regional conferences or reports from comparative projects devoted to salient issues in industrial relations, human resources management, and/or labour law. They offer a platform of expression and discussion to scholars and practitioners worldwide, often featuring special guest editors.

A sample of topics either covered or under consideration for coverage in Bulletins includes:

A listing of the latest published volumes of the Bulletin of Comparative Labour Relations is available by clicking here.

Sold and distributed in North, Central and South America by:

Sold and distributed in all other countries by: